Community in action: The merits of the Sufficiency Economy philosophy: Part 2

Community in action: The merits of the Sufficiency Economy philosophy: Part 2

Imagine for a moment that you are running for your life from a huge predator. Imagine that you are being chased down a seemingly endless cor­ridor by a mortal foe who is hot on your fleeing heels. 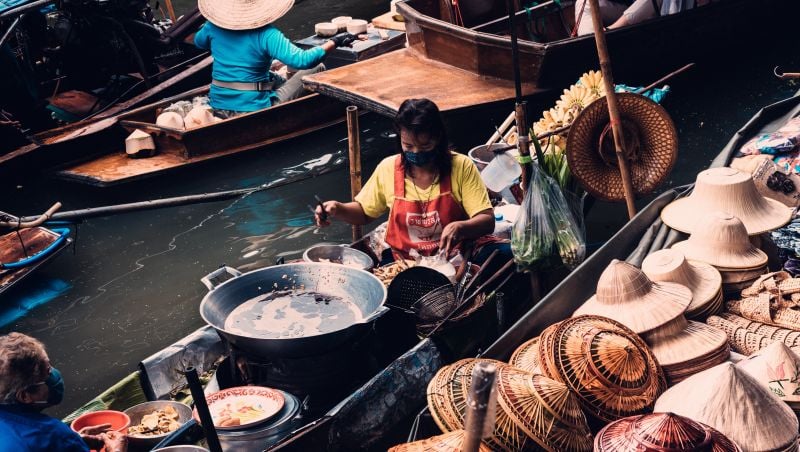 Pristine paths much like this gently wind through mangrove forests in the district. Photo: icon0.com 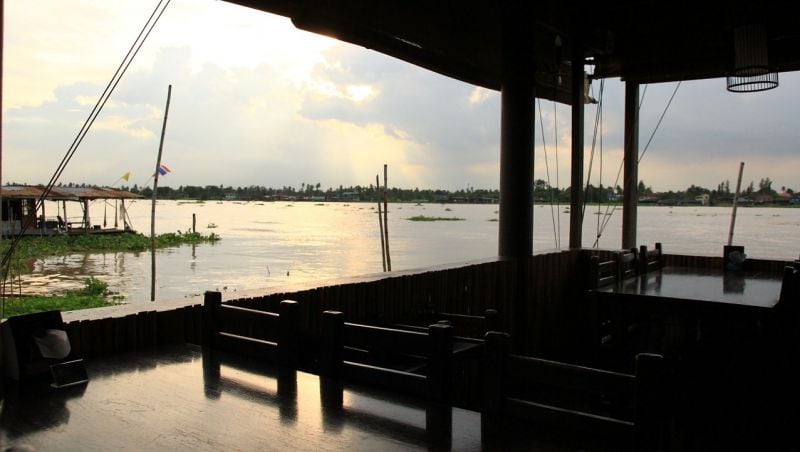 Finally, you come to the end of this hall of doom only to discover that the path to salvation comes amidst a foreboding ladder which goes straight up an exhausting tunnel, and no end to the tunnel is anywhere in sight.

Could you survive? How sure are you that you could stay two steps ahead of razor-sharp teeth and red-hot breaths of fire? Would you fall? And when would this pointless chase ever come to a restful end?

Well, such is a fitting description of a life based on high-risk financial speculation. As we discussed in the first part of this article last month, this is precisely the life that modern capitalism has thrust many of us into (whether we like it or not).

But now let us consider a very different vision. Now let us picture in our minds a perfect, peaceful village where the skies are always blue and the grass is always green. The orange and palm trees sway. Children play contentedly in haystacks. A babbling brook winds its way towards pristine great lakes where one can find endless oceans of pure, drinkable water.

Fish frolic, and luscious, affordable fruit is for sale amidst Thai-style longboat markets which cheerfully float atop this babbling brook. Along the shores, one can see dozens of relaxed vendors cooking enough food to last all the day long.

The aroma of charcoal cooking fires and fresh-baked bread wafts through clean, unpolluted air. Neatly planted rows of fresh vegetables green a mountainous countryside as far as the eye can see. Hearty livestock graze away the day after providing produce for all.

Labour is relaxed in this land of surplus, and no­body is “just another brick in the wall”. The children are happy and well cared for. The elderly live a happy but active retirement, and the sickly never walk alone.

Artisan crafts are preserved, and nobody is in debt. There is little stress, and nobody worries about diving stock markets.

This may sound like a work of idyllic fiction, but life really is something like this in Bangkok’s Bang Khun Tien District. Prof. Suntipaap Sungprakul is a local scholar who lectures on the Sufficiency Economy philosophy at Thongsook College, and he took us for a stroll through both the district itself, as well as down memory lane.

Prof Sungprakul holds a Master’s degree in English literature from Swansea University in Wales but also lectures on local Thai knowledge. He explained that, much like the City of London, Bangkok has long been divided into three zones: economic, cultural and agri­cultural-industrial. Bang Khun Tien District is part of Bangkok’s agricultural/industrial zone and it is unique because it is the only part of Bangkok which touches the sea. Straddling the Gulf of Thailand, this district is the sole water gateway into Bangkok.

Historically, it has always had the most luscious fruit and also the best seafood in the city. Prof Sung­prakul recalled that most people in Bangkok lived agriculturally prior to the end of World War II, “but Bang Khun Tien District has still retained their old way of life. Many residents are still fishermen”.

In this district, people live sustainably by navi­gating the canals every day on Thai-style longboats, and there are a vast array of local restaurants. Prof Sungprakul explained that the Sufficiency Economy philosophy made its way into the district back in the ’70s and ’80s but became wildly popular after the 1997 Asian Financial Crisis.

Today, the entire district runs on the Sufficiency Economy philosophy and its effects are evident.

“The feeling of community is very strong in Bang Khun Tien District,” said the professor.

The centre of district life is clearly at its large el­ementary school, Khlong Pittayalongkorn School. The school offers an open space for community get-togethers, and each important arm of the community (such as fire, police and educational services) all have a representative at the school. In tandem with the village elders, they form a working council that oversees many formal community initiatives.

The district has a lot of green space and can be almost entirely navigated via bicycle paths. The school maintains a fleet of well-maintained bikes that residents can use anytime for free (B10 for tourists). Additionally, the high school has an unofficial club to continually teach local knowledge to new generations of students. On the weekends, these students act as tour guides and will teach newcomers all about the Bang Khun Tien way of life.

The district also has a heavy commitment to sus­tainable living. Used plastic bottles are recycled into pots for important herbs, old tiles are used to shore up fragile fruit trees, and household waste is converted not just into fertiliser but even fresh cooking gas!

“Even though we now have modern schools, these temples still serve as the centre of knowledge in the community. People go there for advice,” the professor explained.

Thanks to the Sufficiency Economy philosophy, there is always surplus in the district, and Wat Tham­khunaram provides social services to anyone in need. Anyone who is in need will find food and water there. They can even stay overnight if they are in trouble.

“There are no homeless people in Bang Khun Tien District,” the professor said.

Prof Sungprakul further explained that the district might feel a little socialistic at first, but that’s really not the case.

“King Rama IX studied all of the major economic systems like socialism and capitalism and took the best parts out all of them and put them all into one theory.”

Thus, the Sufficiency Economy philosophy can be used by any community or country. It is largely compat­ible with most of the world’s major economic systems.

Yet, as fascinating as this all is, perhaps the most interesting thing Prof Sungprakul shared with us was an observation which tends to hide in plain sight.

“Bang Khun Tien District actually has all of the same challenges as other parts of Bangkok, but the out­come is different. It’s not that they don’t have stress; it’s simply that the residents know how to deal with stress in their own way,” said the professor.

More smiling and less worrying. Learning to let go. Making time when there is no time. Choosing one thought over another. Wanting to be “here” but no long­er wanting to be “there”…

How beautiful it is to do absolutely nothing and then rest afterward.

All About Buddhism is a monthly column in The Phuket News where I take readers on my exotic journey into Thai Buddhism and debunk a number of myths about Buddhism. If you have any specific queries, or ideas for articles, please let us know. Email editor1@classactmedia.co.th, and I will do my best to accommodate your interests.